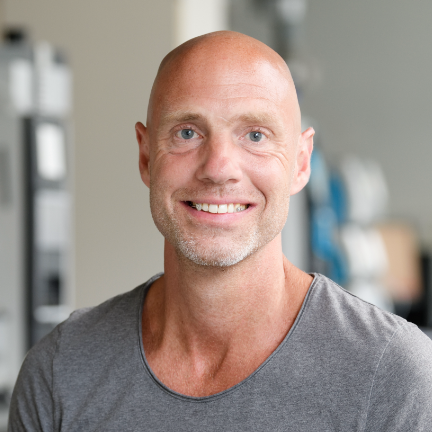 Willem Mulder, Ph.D., a biomedical engineer with a background in chemistry, is Professor of Precision Medicine at the Radboud University Medical Center and the Eindhoven University of Technology (TU/e), The Netherlands. Mulder obtained an M.Sc. in Chemistry from the Utrecht University (2001) and a Ph.D. in Biomedical Engineering from TU/e (2006). He was professor and founding director of the Nanomedicine Lab at Icahn School of Medicine at Mount Sinai in New York from 2006 to 2020.

Mulder has published more than 175 scientific publications in top scientific journals, including Science Translational Medicine, Nature Nanotechnology, Nature Reviews Drug Discovery, Nature Biomedical Engineering, Immunity and Cell. His H-index is 73 and his work has been cited more than 15.000 times. Mulder was the principal investigator of multiple National Institutes of Health grants. In 2013, Mulder received a Vidi grant and in 2018 he was awarded a Vici grant, both from the Dutch Research Council (NWO). In April 2021, Mulder won the prestigious European Research Council Advanced Grant. 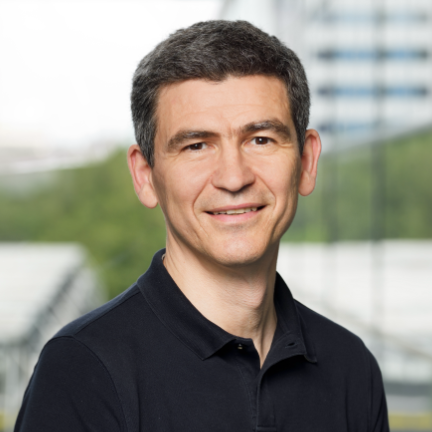 Netea is mainly interested in understanding the factors influencing variability of human immune responses, the biology of sepsis and immunoparalysis in bacterial and fungal infections, and the study of the memory traits of innate immunity. Netea is known for his breakthrough in the area of trained immunity and his work on the role of this form of innate immune memory in health and disease. Netea’s research attempts to translate information obtained through the assessment of human genetic variation in patients into novel diagnostic and therapeutic approaches.

Netea has published more than 1000 scientific publications in top scientific journals including: New England Journal of Medicine, Nature, Science, Cell, and PNAS. His H-index is 122 and his work has been cited more than 65.000 times. For his academic work, Netea received several grants: a Vidi grant in 2005, a Vici grant in 2010, and ERC Consolidator Grant in 2012. He is the recipient of the Spinoza Prize 2016 and an ERC Advanced grant in 2019. Netea is a member of the Academia Europaea since 2015 and of the Royal Netherlands Academy of Science (KNAW) since 2016. 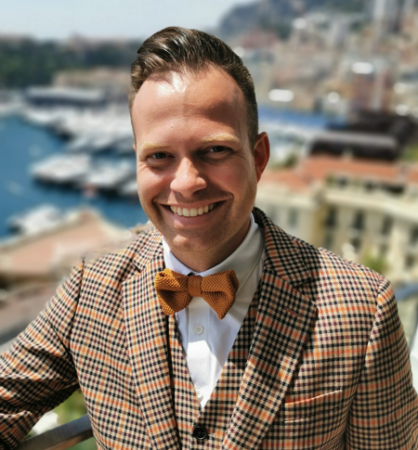 Joost Kreijtz, Ph.D., a drug developer with a background in virology, immunology and oncology. Kreijtz obtained an M.Sc. in Biomedical Sciences at the Radboud University Medical Center in Nijmegen (The Netherlands) (2005) and his Ph.D. at the Department of Virology with Professor Albert Osterhaus and Professor Guus Rimmelzwaan at the Erasmus Medical Center in Rotterdam (the Netherlands) (2009).

After he obtained his Ph.D. he focused on the preclinical development of the viral vector-based vaccines and to this end joined the Department of Virology of the Ludwig-Maximilian University in Munich (Germany) in 2010. There he successfully specialized in the construction and characterization of recombinant poxviruses with Professor Gerd Sutter. In 2011 Kreijtz returned to Rotterdam where he was responsible for the clinical development of the vaccines developed in Munich. This resulted in the first ever phase I/IIa clinical trial with a viral vector-based vaccine in the Netherlands. After bringing this vaccine from the drawing board into humans he joined Bionovion as research lead on several therapeutic antibody R&D programs and later as project team leader and preclinical lead for (pre)clinical therapeutic antibody programs of which there are now two programs in the clinic and one is in preclinical development.

Kreijtz has published more than 40 scientific publications in top scientific journals, including Lancet Infectious Disease and Journal of Immunotherapy for Cancer.

In addition to being BIOTRIP’s co-founder, Kreijtz is also owner of DYZ Consultancy B.V., a consultancy firm that is specialized in early phase (pre)clinical development of vaccines and immunotherapeutic drugs. 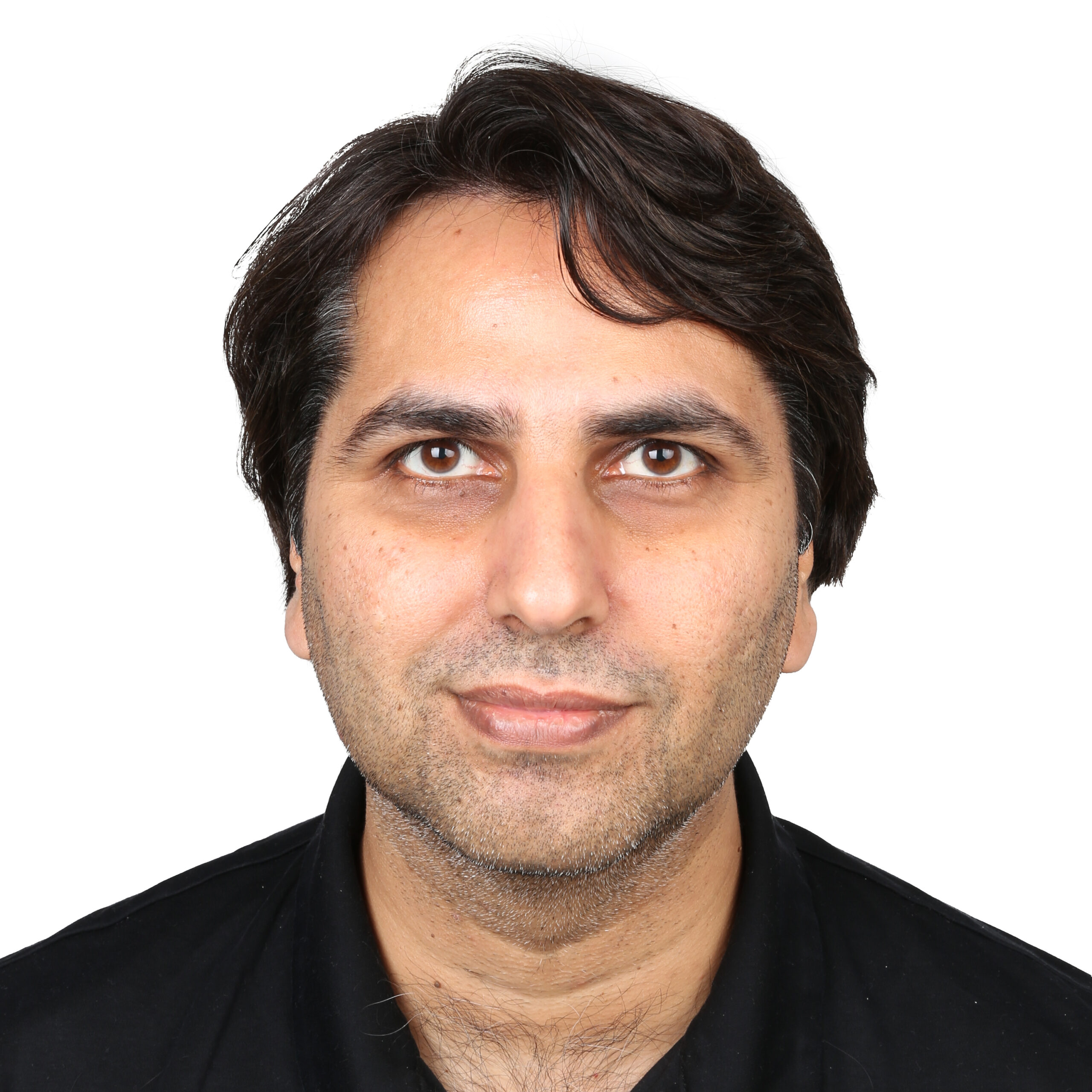 Sachin Soni is co-founder and fund manager of Third Eye Healthcare Fund, an open ended long-biased long/short global healthcare investment fund. The Fund’s objective is to generate long-term returns for investors by investing in carefully selected publicly-listed healthcare companies.Sachin was ranked among the top 0.1% of students at the All-India level in Physics and Chemistry, won a national scholarship and finished his degree in Medicine (MBBS) with honors in Pharmacology and Biochemistry from Seth G S Medical College & KEM Hospital, Mumbai, India.

He then started his career as a medical doctor, working from 2004 to 2006 as a general practitioner with the Indian Red Cross and Max Healthcare Hospital. Then in 2008 he obtained his Master of Business Administration (MBA), with concentration in finance, from the Rotterdam School of Management at Erasmus University (the Netherlands) and Columbia Business School (USA). From 2008-2016 Sachin worked as a research analyst on the Life Sciences team in the Securities division of Kempen & Co, a merchant bank in Amsterdam, the Netherlands, eventually becoming a Director and Head of the Life Sciences team. At Kempen & Co he led a team of up to five members and was responsible for coverage of the European Healthcare/Life Sciences sector. He has over fifteen years of experience in Life Sciences, with an exposure to both private (venture capital) as well as public market investments and has been involved in multiple IPO’s and secondary transactions. 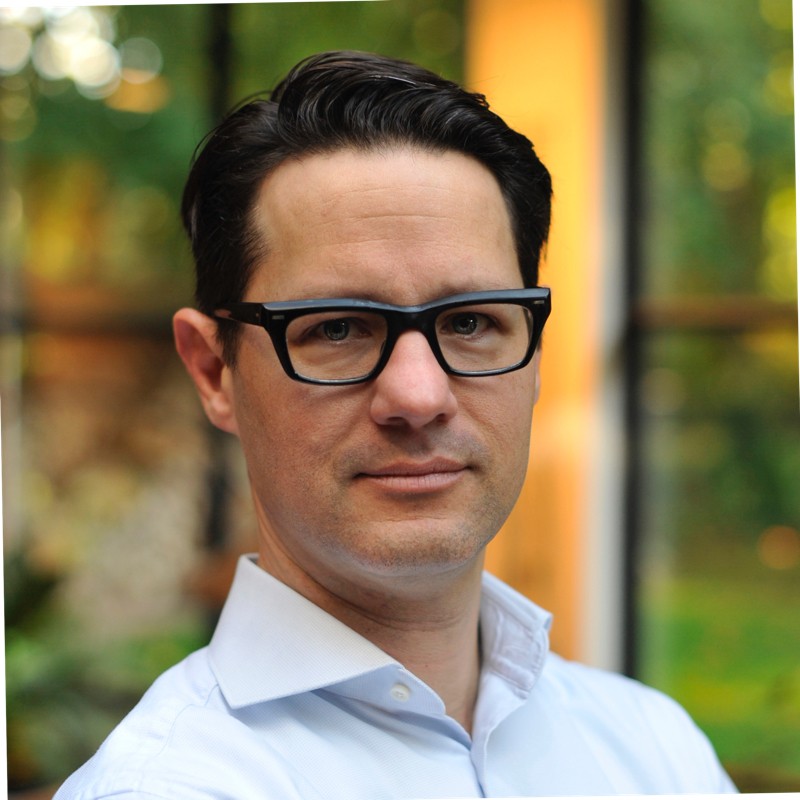 Mark Pospisilik is co-founder and fund manager of Third Eye Healthcare Fund, an long/short, long-biased investment fund focused on biopharma sector. The fund strategy is aimed at achieving capital preservation with absolute return.
Prior to starting Third Eye, Mark worked as a senior equity research analyst on the Life Sciences team at Kempen & Co, a merchant bank in Amsterdam, the Netherlands. During his time with Kempen & Co he contributed to the coverage of over 30 listed European Life Sciences companies, and was involved in numerous IPO’s and secondary financings. Mark has over 12 years of experience in Life Sciences equity markets, analyzing companies across the technology spectrum, including therapeutics, diagnostics and medical devices.

Mark started his career as an intellectual property lawyer at Vermette & Co, in Vancouver, Canada, where he enabled technology companies to obtain patent protection in Canada, the US, Europe and Japan, and to enforce and license their patent and trademark rights globally. During this time he also obtained qualification as a Registered Patent Agent and Registered Trademark Agent before the Canadian Intellectual Property Office (CIPO) and the US Patent and Trademark Office (USPTO).

Mark entered the Faculty of Science at the University of British Columbia (Canada) on an entrance scholarship, was named to the Dean’s Honour List, and obtained his Bachelor of Science degree in 1997. He then studied law at the University of British Columbia and at La Pontificia Universidad Catholica (Chile), obtaining his Juris Doctor in 2000. Mark later switched to finance, obtaining his Master of Business Administration (MBA), with concentration in finance, from the Rotterdam School of Management at Erasmus University (the Netherlands) in 2010. 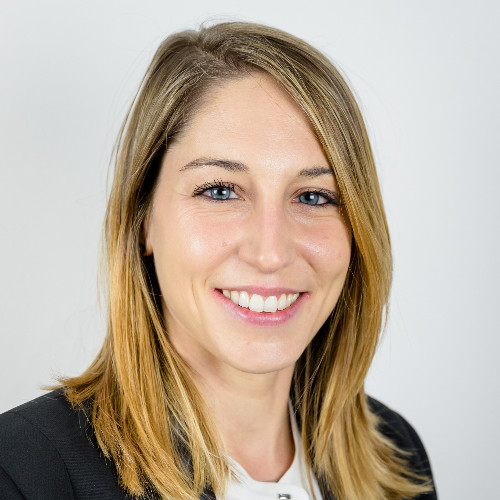 Marta Mapelli is an Operations Manager with a decade of international experience in Biotech. Prior to joining BioTrip, Marta was a Senior Marketing and Operations Lead in BioMarin Pharmaceuticals.

After graduating with honors at the University of Bologna, Italy, where she obtained her master’s degree in Specialized Translation, she started her international career in French and American companies. She joined BioMarin Pharmaceuticals in 2014. There, she was responsible for Commercial Operations, Project Management, Sales and Marketing, Financial Control and Compliance. Managing her team since 2015, at BioMarin she has taken care of the organization of the commercial initiatives of the Italian affiliate since its first years of commercial activity and has contributed to the launch of five pharmaceuticals. In 2022 Marta embarked on a new challenge and joined BioTrip soon after its foundation. 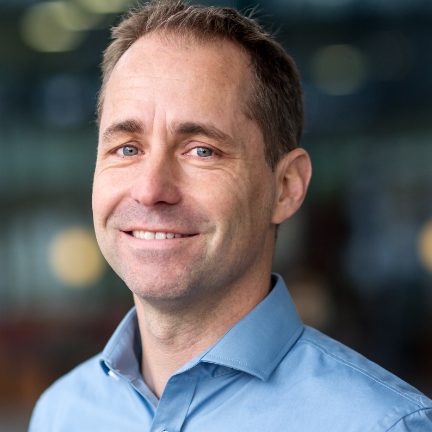 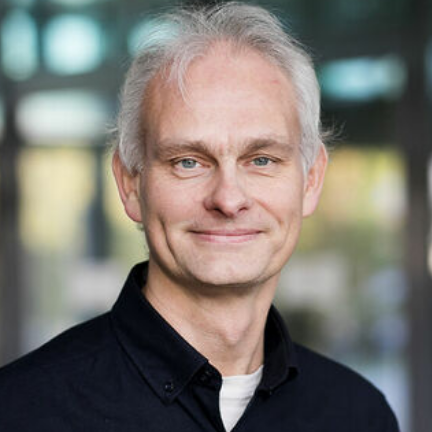 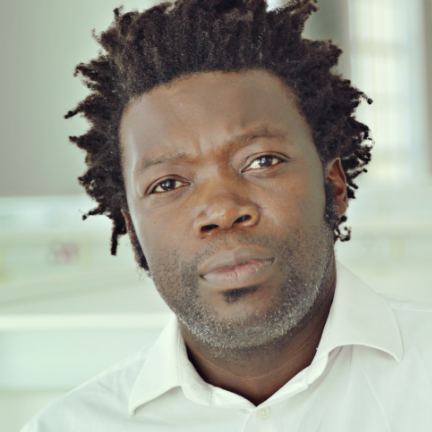 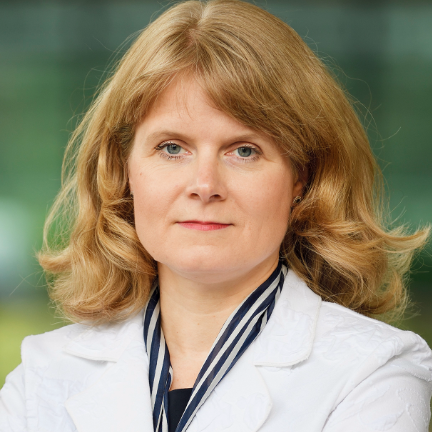 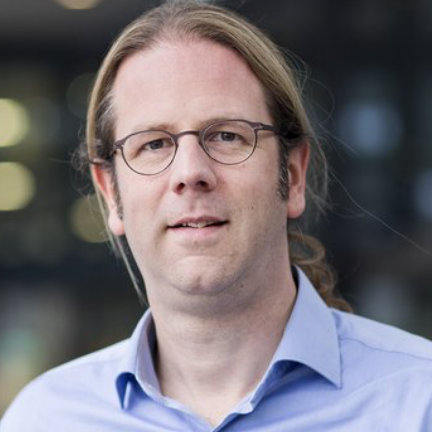 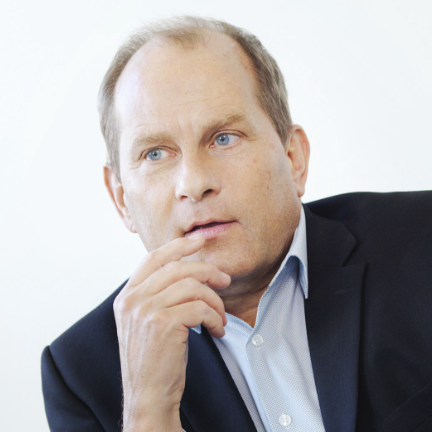 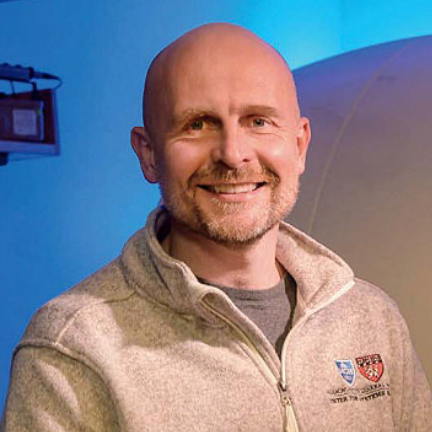 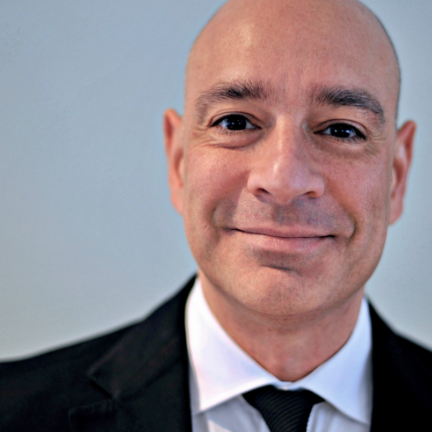 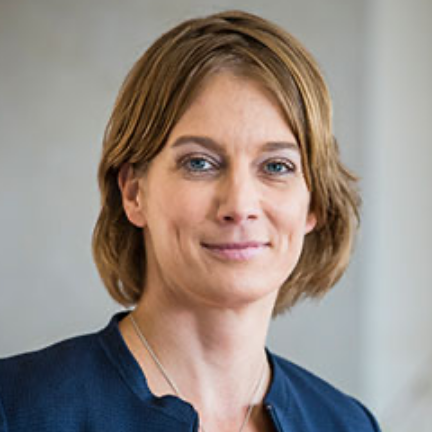 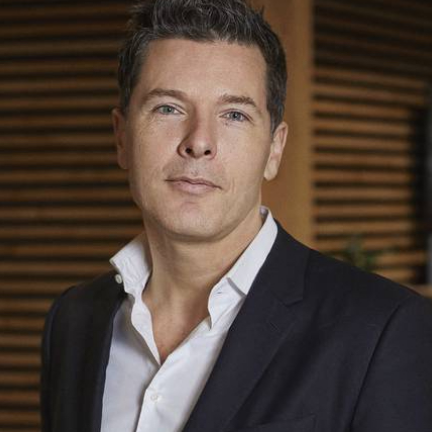